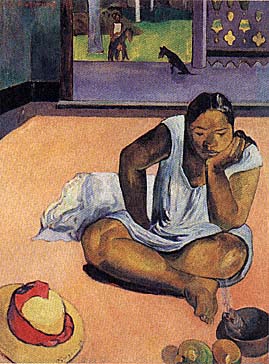 The Past Two Years - Job/Career

Here are the updates on what happened in my life over the past two years in regards to my job/career.

Work at the publishing company started getting difficult over the summer of 2016.  We were having trouble bringing in enough advertising sales to get the magazines published which affected the advertising sales.  It was a vicious circle.  My specific job and tasks were impacted by not receiving the mailing lists from our fulfillment company.  Also, since I was still doing two jobs (circulation & reception/executive assistant), I was also fielding calls and visits from contributors looking for money they were owed.

Over the Christmas holidays of 2016/2017, while the office was closed, we moved locations.  I ended up with my own office and I no longer had to cover reception.

Even with moving to a smaller space with lower overhead costs (rent, utilities etc), everything continued to go down hill.  I really did not know how bad it was getting until we started to have trouble making payroll.

In March of 2017 we started to lose employees.  Over 50% of the staff arranged to leave and go on unemployment.  By the time we got to June, we were down to about 6 of us left.  We were being told that our boss was just working on the agreement with a couple of new investors and then things would turn around.

It never happened.  The business ended up closing suddenly under horrible circumstances (more on that in a future post) in the middle of June.

I started looking for a new job in July.  At the end of August I found a new position with an accounting firm that started after the September long weekend.

For 5 weeks I struggled to learn a new system in an unfamiliar field.

Then, just days before my 40th birthday and Thanksgiving, I was let go in my probation period.  They did not give me a reason.  In fact, one of the owners actually said he was not going to discuss it with me.  All I can figure is that I was not learning & picking up tasks fast enough for them.

So I continued on unemployment until early 2018.  Finally I was getting calls back from applying to jobs.  I actually ended up 2 positions - at the temp agency for the University and a 3 month contract with a large communications company.

I started with the executive assistant role at the communications company, and after the first three months, they extended my contract for another 3 months.  Then I ended my availability and gave my notice with the University.  Worse case scenario, I can always reapply at the University, but it looks like my job is not going to end anytime soon.

My confidence is back and I am really enjoying the people I work with everyday.

The only, small issue I am experiencing is that I am making less money than I was at the publishing company.  Hopefully in the Spring/Summer of next year I can get hired full time by the actual company I am working at now (instead of being on contract through an employment agency).

It has been a very tough year in regards to my finances.  Thank goodness I am back to working and making money (and getting out of the house).

I cannot believe that it has been two years since I last posted on my blog.

Life has been pretty crazy.  I am going to try to catch you all up over a few posts.

To start with I have continued with Weight Watchers and I have lost almost 120 pounds since I walked back into a meeting room in Calgary in November of 2012.

Not a quick weight loss my any means, but I am continuing to lose and to keep it off.

Writing this all down made me realize that I am getting so close to my goal.

I am so proud of all that I have accomplished.


Well that was a bad couple of weeks at the end of June.  I think it had to do with my sodium intake and still balancing things out from the trip to Niagara.

No worries - I really am back on track.  I am sure that July will show better results.

I really want to hit my personal goal of losing 100 pounds by my birthday in October.  I believe that this is a reasonable goal.  I just have to stick to the program by eating within my smart points allowance and exercising more.  I can do this.


May was not really about losing weight.  My brother's wedding was in Niagara Falls on May 21.  My parents and I, as well as my youngest brother, left for Niagara on May 18.So I missed the WW meeting on May 21.  I also enjoyed myself while I was there and did not worry about points.  We did do a lot of walking to balance out some of that overeating.

We got back on May 24, but I missed a second meeting because I had to drive my parents to the airport.

Now that I am home, everything can get back on track.  Eating right and exercising.


So I reached my goal of hitting 85 pounds down by April 16 (accomplished on April 9).  After that I actually went up a little, but that is ok.

April was pretty crazy with my soon-to-be-sister-in-law's bachelorette party on April 16.  It was a lot of fun.  We went out to Canmore/Banff for the weekend.  The weather was beautiful.


It feels good to be making progress.  I reached 80lbs down with WW this month.  I am also over 100 pounds down since my highest weight back in 2005.

I am almost hitting my goal of losing a pound a week.  The new WW program is working for me, especially when I actually track everything.

My WW meeting leader went to Hawaii for about a month.  Before she left, she set a goal with me to reach 85lbs down by the time she gets back (on April 16).  This has kept me focused over the past few weeks.


Wow.  I am so close to being 80 pounds down on this WW journey.

I became a YMCA member in mid February.  Danielle and I now go to Aquasize class at least once a week (really need to make sure that is 2-3 times, but it is a start).

The weather has been great and I can now get back to walking outside after dinner.

All great moves towards losing more weight in 2016.
Posted by Ren at 10:32 AM No comments:

Ren
Edmonton, AB, Canada
I am a 40 year old woman. I separated from my husband in January of 2013, and moved back to my hometown at the end of March 2013. The divorce was official as of August 2014. Now I am putting myself first and moving forward.